We looked at the top Cast Iron Grills and dug through the reviews from some of the most popular review sites. Through this analysis, we've determined the best Cast Iron Grill you should buy.

Update as December 6, 2022:
Checkout The Best Cast Iron Grill for a detailed review of all the top cast iron grills.


In our analysis of 10 expert reviews, the NutriChef Heat-Safe Nonstick Cast Iron Grill Pan, 11-Inch placed 9th when we looked at the top 13 products in the category. For the full ranking, see below.

The perfect utensil is as important as the perfect ingredients. You might have all the ingredients needed in cooking a complex or a simple dish. But if you do not have the ideal pan or dish to cook them, then the result might not be what you had hoped for. NutriChef square cast iron grill pan makes life a little easier for you with its non-stick feature and quick-cooking capabilities. Due to the non-stick coating, there is so much need to grease the pan. Thus you can enjoy your favorite dish without having to douse it with butter or oil. The ribbed bottom introduces more flavor into the dish. And you can get rid of the excess liquid by simply tilting the pan and letting it flow out of the spout on either end of the pan.
- Allprorev An Overview On Cast Iron Grills

A cast iron grill is similar to a cast iron skillet, but it has a surface with thick slatted grills. It’s ideal for those who love grilling meats, vegetables and fruit but can’t always be outside to do it. A cast iron grill provides that same beautiful char that you get on an outdoor grill, but on a stovetop. You can find cast iron grill pans in two shapes – round and square. Some are designed to fit over one burner on your stove, while the larger ones can fit over two burners side by side.

Cast iron grill pans are versatile because you can cook a lot of different foods in them. Typically, protein is one of the main things cooked on a cast iron grill, such as steak, lamb chops and chicken thighs. Thicker pieces of fish, particularly salmon, halibut and tuna do well on a cast iron grill as well. You can also grill large, thick slices of vegetables such as eggplant and zucchini on a cast iron grill. Many cooks also venture to fruit and grill pineapple, peaches and apples. For the most part, it’s best to stay away from highly acidic foods such as tomatoes with a cast iron pan.

In order to use a cast iron grill pan, ensure it’s seasoned. This way, your food won’t stick to the pan and you don’t need to add any additional fat. It needs to be used at very high heat, so let it become hot on your stove before putting in your ingredients. Add some fat to your food directly, such as a layer of oil to the surface of the vegetables, and then place them in the pan. The cast iron grill adds in crusty grill marks to your food, but be careful to not turn the food over till it’s ready. If the food sticks to the pan, this means it’s not yet ready to turn over. 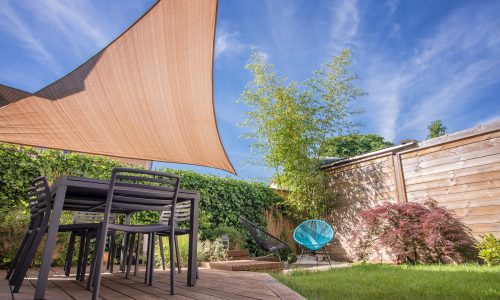