We looked at the top Rice Cookers and dug through the reviews from some of the most popular review sites. Through this analysis, we've determined the best Rice Cooker you should buy.

Update as January 12, 2022:
Checkout The Best Rice Cooker for a detailed review of all the top rice cookers.


In our analysis of 82 expert reviews, the Zojirushi Handled Portable Rice Cooker, 3-Cup placed 13th when we looked at the top 16 products in the category. For the full ranking, see below.

Another exceptional feature this unit has is the see-through glass lid with stay-cool knob.
- Top Most Reviews

| Full review
The cooker operates with admirable simplicity: just push a switch to start the cooker. The switch and light turn off once cooking is completed, and the unit automatically goes into its keep-warm mode.
- My Classy Kitchen

| Full review
With a Zojirushi rice cooker, rice will be fluffy and delicious. Plus, you won’t have to stand over the stove while it cooks. Just set it and leave. All Zojirushi rice cookers have durable nonstick inner cooking pans for quick and easy cleaning.
- Best Reviewy

| Full review
The cooking pan is made from durable non-stick material, and the NHS-10 and NHS-18 models also feature a stainless steel steaming tray and automatic keep-warm function. The unit comes with a serving spatula and measuring cup included.
- Mom Dot

| Full review
Operation of this cooker is super simple. The easy-to-use design features a single switch control, and a transparent glass lid to monitor the cooking process.
- Eat Healthy and Thrive

January 16, 2018 | Full review
The unit is made with a long-lasting nonstick inner cooking pan that is easy to wash.
- Easy Get Product

| Full review
The durable handles remain cool while cooking and you can easily transport the rice cooker holding the handles.
- Cookware Ninja

The lid does not fit snugly, but this has zero effects on the performance of rice
- Top Most Reviews

January 16, 2018 | Full review
Might be considered a little complicated
- Easy Get Product Julie Chernoff is a long-time member of Les Dames d’Escoffier (past president of the Chicago Chapter, and current co-chair of the LDEI Legacy Awards Committee), the Association of Food Journalists (AFJ) and the International Association of Culinary Professionals.

Chernoff is the dining editor of Better, a lifestyle website and print magazine. Her journalism started in the test kitchens of Weight Watchers Magazine. She holds a BA in English from Yale University and is a graduate of the California Culinary Academy. She has spent the last few decades styling, photographing, teaching, developing recipes, editing, thinking and writing about food. 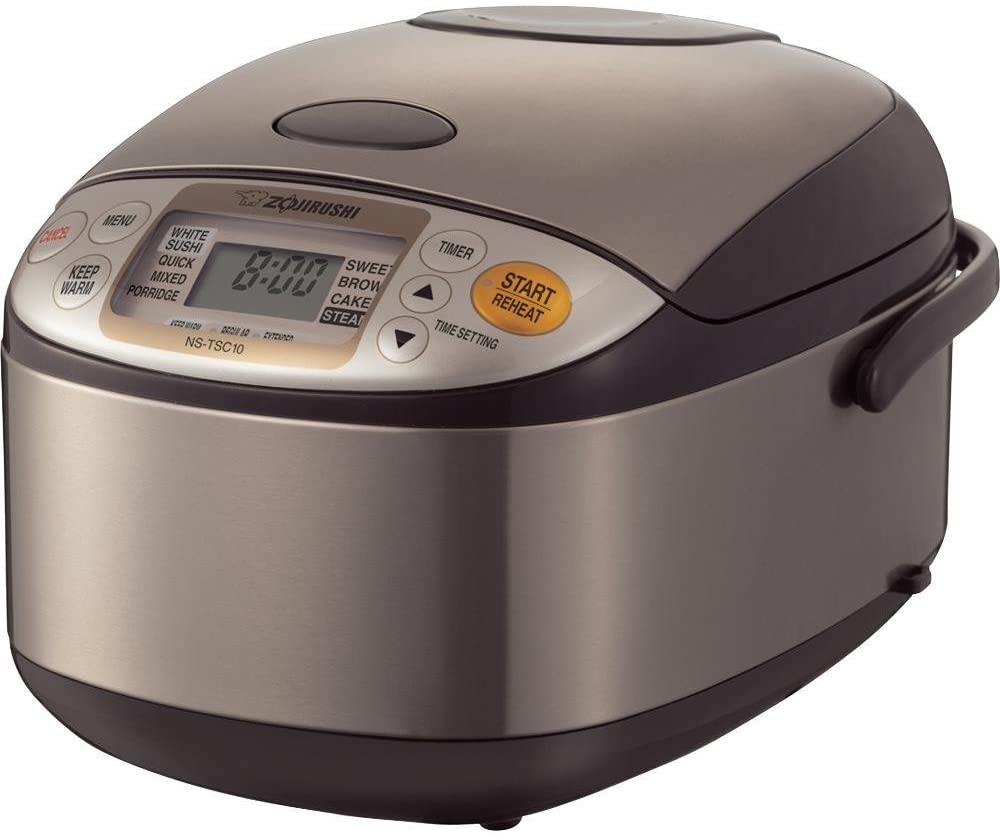 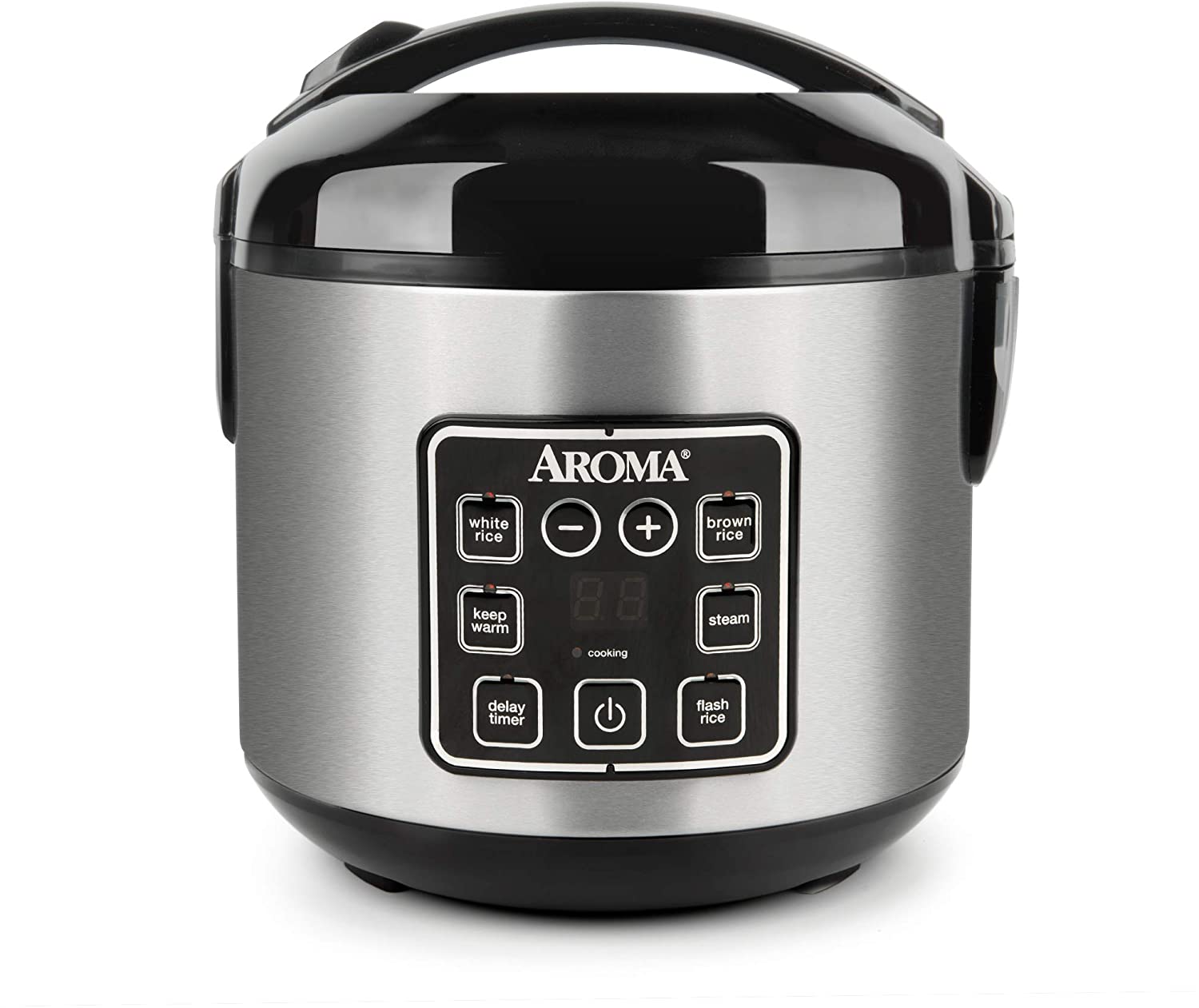 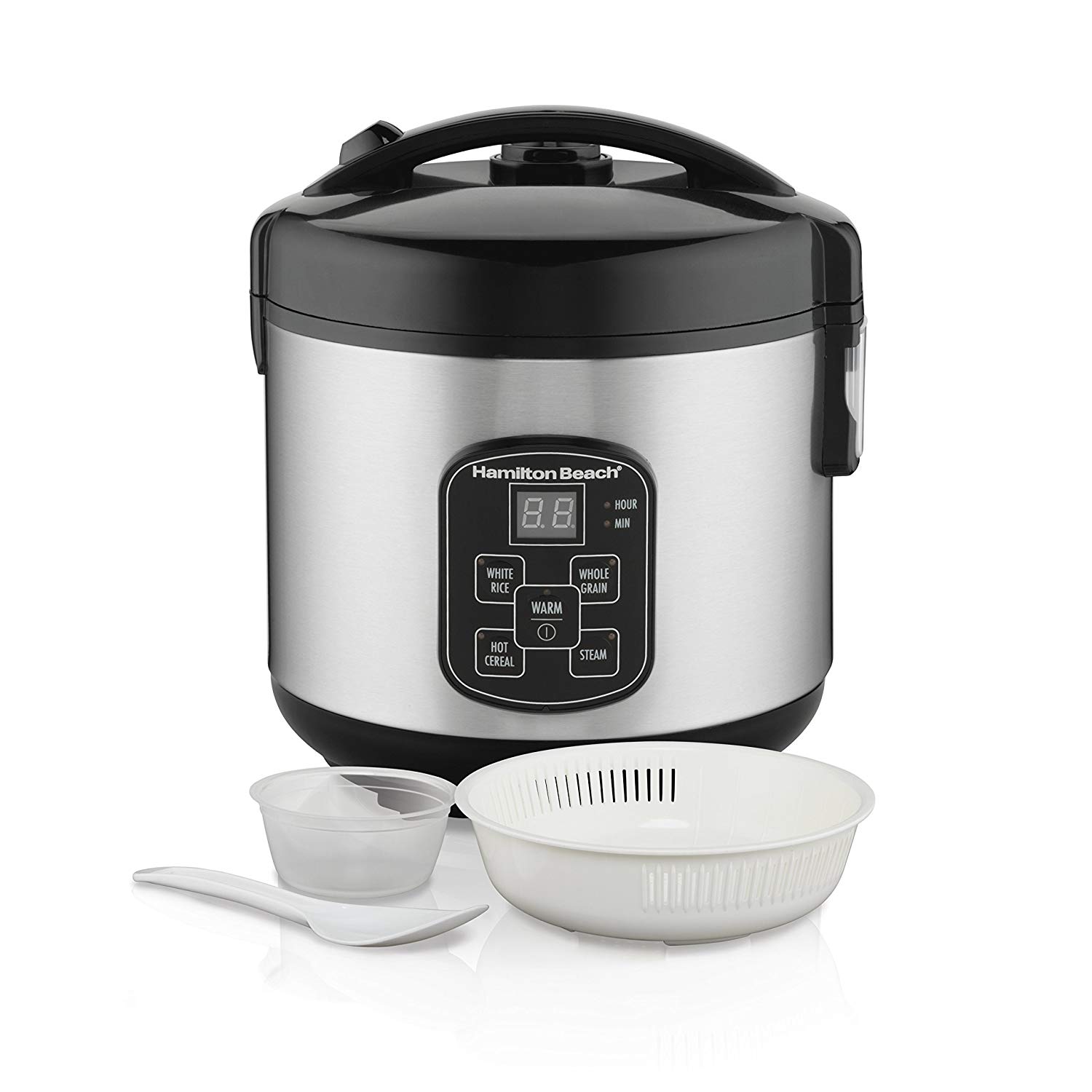 An Overview On Rice Cookers

Rice is one of the largest crops in the world, and it’s one of the most commonly consumed grains. An estimated 3.5 billion people worldwide eat rice as a staple food, and it accounts for roughly 20% of their daily calories.

Rice, particularly brown rice, has a number of important health benefits. A single serving of brown rice contains plenty of manganese, an essential dietary element that helps your body convert calories into energy. It also aids in your body’s defense against free radicals, which are unstable molecules that may increase your risk of cancer and other diseases.

Brown rice is rich in fiber, which helps you feel fuller for a longer period of time after you’re done eating. It’s also a good source of selenium, a mineral that’s vital to your body’s metabolic and immune systems.

With all of these benefits, it’s easy to see why you’d want to add rice to your daily diet. However, cooking rice on a stovetop is trickier than it looks. It’s easy to burn rice when using this method. The cook time can vary between different types of rice, and you have to keep a careful eye on it as it simmers. Removing the lid on your saucepan to check on the rice allows steam to escape, which can increase the cooking time significantly.

You don’t have to go through multiple servings of burned or sticky rice to enjoy it as a nutritious carbohydrate. A rice cooker does the tough work for you — and you don’t even have to watch it as you cook.

Rice needs a lot of water and heat to transform from a small, stiff grain to a large, fluffy mouthful. A rice cooker takes care of the entire process in minutes.

Rice cookers are countertop appliances with a highly conductive metal bowl inside. A heating element and temperature sensor sit beneath the bowl. You’ll pour your rice and water into the bowl, then choose the correct setting for temperature and time.

After you turn on the rice cooker, it starts heating the bowl, which conducts heat into the water and rice. Once the water starts boiling, it’s eliminated in the form of steam and rises from the bowl. This steaming process helps the rice cooker maintain an even temperature. Without the steam, the water at the bottom of the bowl would get too hot for an even cook.

The rice in your cooker begins absorbing some of the water in the bowl at this point. This creates a fluffy texture that comes with a perfectly cooked batch of rice. Once all of the water has either disappeared as steam or been absorbed by the rice, the temperature of the bowl shoots up.

This sudden temperature increase triggers a mechanism inside the rice cooker to lower or turn off the cooker’s heat. Once the rice is done cooking, the cooker will either shut off or keep your rice warm until you’re ready to serve it.

When you’re deciding on a model of rice cooker to buy, consider first how often you cook rice and in what quantities.

“If you aren’t making rice frequently, this will be just another one-function gadget taking up space in your kitchen cabinet or lingering in storage,” explains our resident kitchen expert Julie Chernoff, a food journalist, dining editor of Better magazine and member of Les Dames d’Escoffier. “If your family does eat rice frequently, this can be one of the most-used gadgets in  your kitchen arsenal.”

She suggests looking for features that make a rice cooker easy to use.

“You want a non-stick interior, an easy-to-clean exterior, a reasonably long electrical cord and a ‘keep warm’ function,” Chernoff says. “Bonus points if you can throw in water and rice in the morning, set the timer, and return to perfect rice when you return in the evening. Ease of use is something to consider, as is price.”

Do you already have an Instant Pot or another multi-function cooker? Remember that your rice cooker will take up extra space; there’s no need to double up if you already own something that cooks rice well.