We looked at the top High Velocity Fans and dug through the reviews from some of the most popular review sites. Through this analysis, we've determined the best High Velocity Fan you should buy.

Update as February 2, 2022:
Checkout The Best High Velocity Fan for a detailed review of all the top high velocity fans.

This tower fan is easy to transport and comes fully assembled. The fan has three settings and widespread oscillation.


In our analysis of 97 expert reviews, the Lasko Widespread LED High Velocity Tower Fan, 35-Inch placed 8th when we looked at the top 13 products in the category. For the full ranking, see below.

July 21, 2018 | Full review
You can control all the settings of the fan from the unit itself and also from the remote.
- Know The Flo

October 22, 2018 | Full review
Although it comes with three speeds just like the other tower fans, the Lasko 4930 has a more powerful motor and a 20-inch blade that can produce stronger airflow. Lastly, Lasko 4930 can be left unattended with its timer, and can be accessed with a remote control.
- Best Tower Fan

July 10, 2017 | Full review
The unit comes in a streamlined, yet sleek design that complements all types of home and office décor. Its lightweight design allows the user to move them around. It also has a handle that is molded at the back to make the tedious task of carrying a breeze. This Lasko unit also has a 6-inch power cord which increases the flexibility of its position. On the top part, you’ll find an LED light that indicates the power is on. Unlike the conventional fans, this unit has a smaller footprint even when oscillating. And no worries for your little kids, the base is too heavy to tip over.
- Quiet Hut

April 4, 2019 | Full review
Measuring 35 inches, this Lasko fan is among the largest in its class. It comes fully assembled and can be placed on the floor or a desk/table. The high-velocity unit can oscillate in different directions for maximum efficiency and features a patented fused safety plug. It is ETL Listed and is majorly made of plastic.
- 5 Product Reviews

September 4, 2019 | Full review
The product comes is in grey color featuring a high speed that is controlled using a remote. Height of 20 inch and 3 powerhouse speeds to manage the wind circulating in your room. The modes of speed helps oscillations to be broad and cover a wide area offering fresh and cool air. The unit also includes electronic on-off timer that provides you with an opportunity to program freshness in your house and also safe on power usage.
- Paramatan

September 4, 2019 | Full review
This unit has a timer that allows you to set the fan to turn off in three hours or less. It comes with a remote that also makes it convenient to set the timer and adjust the speed of the fan.
- Household Professor

August 15, 2018 | Full review
It has a sturdy construction and you get a remote control to operate the fan from a distance wirelessly.
- Listderful

November 27, 2014 | Full review
This fully assembled cool tower fan comes with a safety plug which is patented fused. The Ozeri Ultra Wind Fan is ETL listed for safety. The back of the fan has a remote control storage space. The remote control gives you power over all options such as speed, time, and other features. Enjoy the high-velocity fan with oscillation for larger broad rooms that have more space which needs to be covered. There are three powerhouse speeds with the Ozeri Ultra Wind Fan to suit your needs and an electronic on-off timer that you can set. Ultimately the Ozeri Ultra Wind Fan offers you basically everything you could need in a best cooling tower fan. It has a remote, oscillation, three speeds, and an on-off timer.
- Top Review Hut

February 1, 2017 | Full review
It has an easy-carry handle and a storage area for your remote. It is always easy to use for first-timers. This fantastic fan has 3 Powerhouse Speeds that will provide you from the power of a high-velocity blower fan in a streamlined tower fan body. Moreover, the product retails at affordable prices that can easily fit into your budget. The Widespread Oscillation and Directional Louvers which can give you to direct the airflow to any direction you need. This tower fan also has wireless and LED display that gives you the easy way to control it. This tower fan comes with fully assembled so all you have to do is unbox the fan, plug in the wall socket and you can start enjoying it.
- Top Great Pro

September 13, 2019 | Full review
Its sure-grip handle allows you to move this fan from room to room with ease. The 35” size also lets you hide it in a corner or some other small space. Then you can manually adjust the louvers to get the proper direction you want.
- The AZ Theme

April 6, 2018 | Full review
With the wireless remote control, you can easily manage this tower fan since it has all the functions you can also find on the control panel of the fan. Lasko high-velocity oscillating tower fan comes fully assembled and is ready to use right away, which saves your time and energy which you would use in assembling.
- Fans Haven

| Full review
Auto shut-off feature of Lasko tower fan with remote is ideal for night time use. It allows you to program automatic shut down of fan after 1,2 or 4 hours. This, in turn, saves electricity as well as lets you enjoy a sound sleep. Whereas, patented safety fuse technology makes Lasko 4930 safe to use. This technology uses fuse directly in the plug of the power cord. The supply of current automatically stops if it detects any potentially hazardous electric activity.
- Home Stuff Pro

| Full review
It is a good device to opt for with respect to speed. But the noise it creates is worth considering before choosing this product. When it runs, it feels that a windstorm is blowing with full power. Its design is also very pretty and the amazing look makes it wonderful to buy this tower fans remote control system. This product is best for if you are looking for a greater thrust of air.
- Top 10 The Best Reviews

Probably the biggest criticism we found with the fan was the issues that developed regarding the oscillation feature.
- Know The Flo

October 22, 2018 | Full review
Slightly higher noise produced than other models. The range of the oscillation is not as wide
- Best Tower Fan

July 10, 2017 | Full review
Has no breeze mode. A bit noisy when running on maximum speed. The remote control does not come with batteries
- Quiet Hut

April 4, 2019 | Full review
There is not a way to remove the intake grills at the bottom of the fan to clean them properly. Over time, the dust builds up there, and it is very difficult to remove. In addition, this fan is quite loud, so if you plan to use it in your bedroom and you are a light sleeper, you may want to consider a quieter option.
- Household Professor 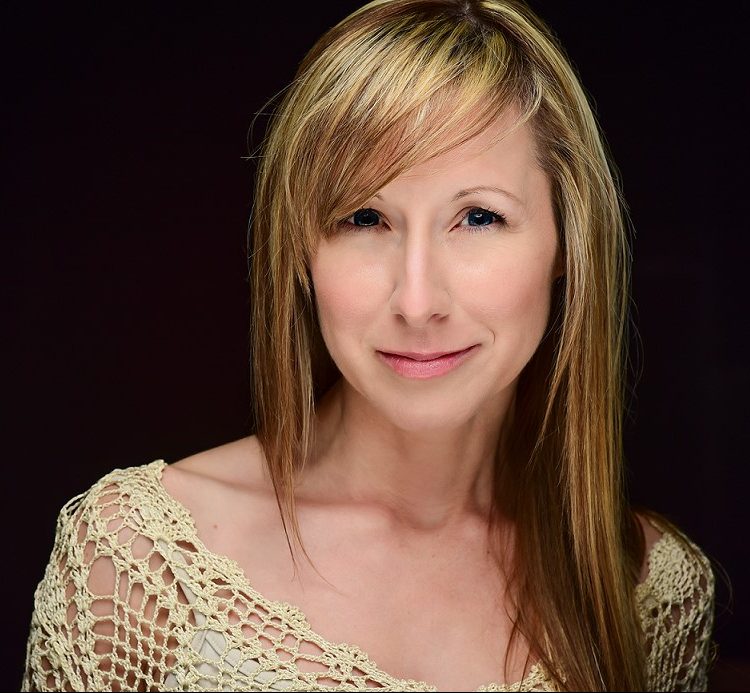 An Overview On High Velocity Fans

If you work in construction or need to dry out a room fast, then a high-velocity fan is right for you.

According to Vicki Liston, host of “On The Fly…DIY,” an award-winning home improvement and DIY show, “High-velocity fans dry out carpet and flooring after a flood, decrease the amount of time it takes for paint to dry and can even cut down on the amount of time you run your air conditioner.”

She also notes that, unlike regular fans, high-velocity fans can get a bit noisy. “While they’ve been historically louder than the traditional box or tabletop fans, manufacturers have come a long way in decreasing the amount of operational noise,” says Liston, “If you are considering a high-velocity fan, your focus is likely on airflow output rather than the amount of background noise it generates.”

When you’re purchasing a high-velocity fan, you need to keep in mind the size of the space you’ll be using it in. Also, consider the kind of task you want the fan to accomplish.

In addition, you’ll need to consider whether you’re using the fan to dry out moisture or circulate air.

“Jobs that require more focus, like drying out carpet and flooring, should automatically go with a higher CFM,” says Liston. “Most high-velocity fans have three standard settings: low, medium and high, with the high setting reflecting the CFM number.”

In addition to the CFM, you’ll want to look at the kind of frame and mount your high-velocity fan comes with. This will affect how you use the fan and where you keep it.

“High-velocity fans come in either frame-mounted, pedestal-mounted, wall-mounted and window-mounted options,” says Liston. “The frame-mounted are the most common and usually the most versatile.” Attached to a metal frame, these fans can be angled with precision and easily moved from task to task, Liston says. “I don’t recommend any frame-mounted fan that has a tilt angle of fewer than 120 degrees,” says Liston. “Anything under that minimizes your flexibility and airflow focus.” A 360-degree tilt angle will allow you to adapt to any direction you choose, explains Liston. You’ll also need to take a look at the frame itself to make sure it reduces noise. “Ensure the metal frame comes equipped with rubber pads to minimize sliding, cut down on noise, and absorb the fan’s vibrations,” she says.

When you’re looking to circulate air above floor level, you need a different kind of mount. “Pedestal-mounted fans stand several feet off of the floor and are best only when the situation absolutely requires the airflow level to be higher. The tilt angle is much lower on a pedestal fan; however, they usually compensate for that drawback with adjustable height and oscillating features,” says Liston. When using a pedestal fan, you need to keep safety in mind at all times. “While they are weighted down, the potential to knock over a pedestal-mounted version is still present so take extra care while operating,” warns Liston.

You’ll also find some wall-mounted high-velocity fans on the market. “Wall-mounted fans are usually stationary, have some tilt angle flexibility and are best for circulation and cooling,” says Liston. “Some frame-mounted fans actually have a wall mount option, so I’d recommend considering these for their multi-surface application,” notes Liston.

Those with large windows can consider a window-mounted high-velocity fan. “Window-mounted are just that — they sit in a window frame. Select a model that installs on the frame but doesn’t hinder your ability to open and shut the glass as needed,” says Liston. “You shouldn’t have to haul the fan out in order to close the window. While they don’t offer tilt angle as a feature, they do have the unique capability of reversing the airflow. You can choose to bring in fresh air when your home is stuffy or blow out existing air when someone burns the popcorn.”