We looked at the top Diagonal Cutters and dug through the reviews from some of the most popular review sites. Through this analysis, we've determined the best Diagonal Cutter you should buy.

Update as July 6, 2020:
Checkout The Best Diagonal Cutters for a detailed review of all the top diagonal cutters .


In our analysis, the KNIPEX KNIPEX Tools 7401200SBA High Leverage Diagonal Cutters placed 8th when we looked at the top 12 products in the category. For the full ranking, see below.

The 8-inch Knipex angled diagonal cutter (model 74 01 200) is ideal for tough, continuous use. Easy to use, it offers high-leverage axel design with a 20 percent reduction in required force compared to conventional cutters of the same length for reduced fatigue. It features optimum coordination of the cutting edge angle, transmission ratio, and ergonomic handle shape, and it easily cuts nails and all types of wire with high-performance precision.

the German-made Knipex 7401200SBA (about $27) have their rivet forged straight onto the tool, helping to keep their jaws true and ensure proper mating, even after years of tough use.
- Wiki EZ Vid 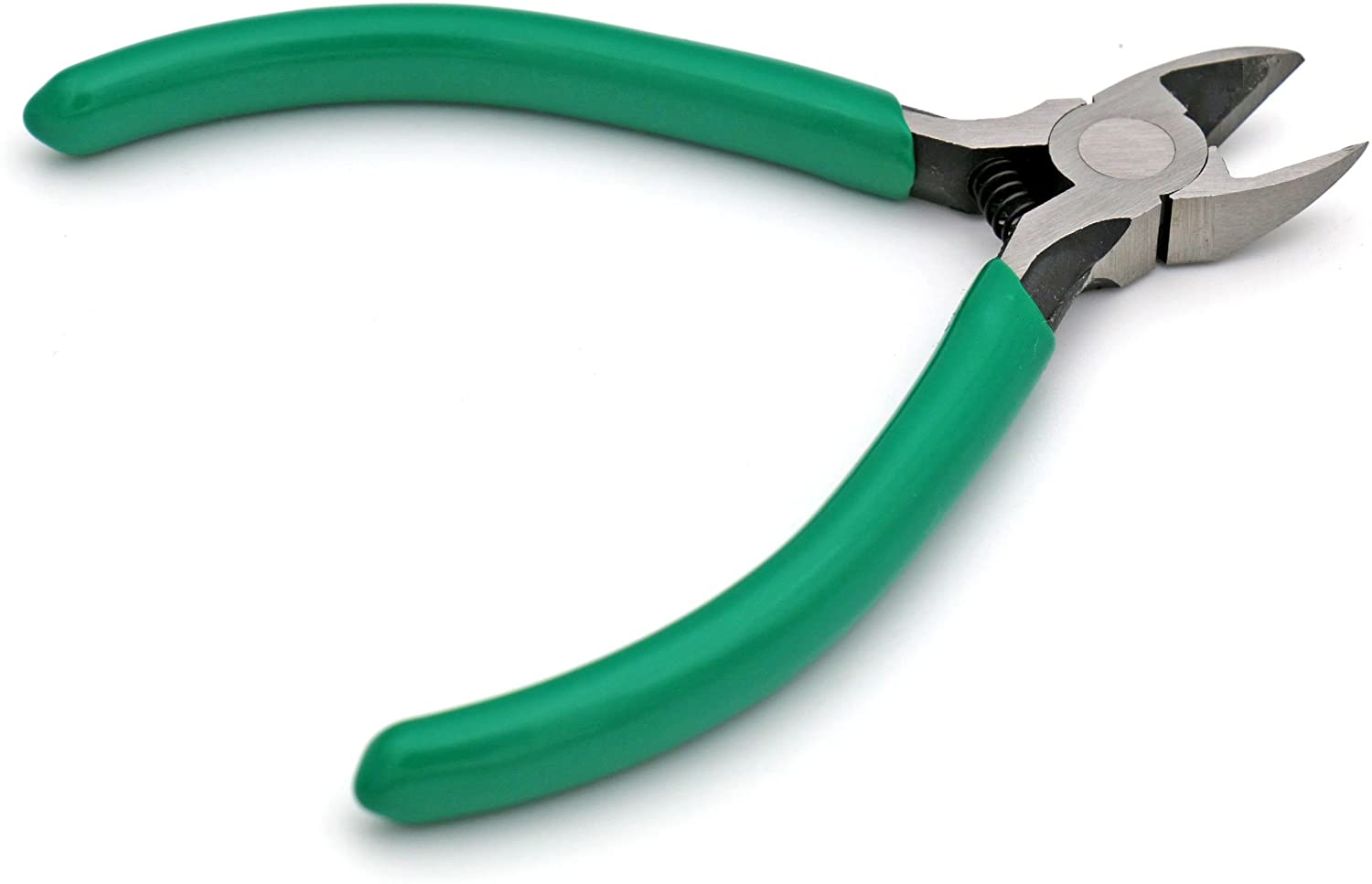 An Overview On Diagonal Cutters

If you ever do work around the house, you’ll eventually find yourself needing a pair of diagonal cutters. Used for cutting copper, brass, aluminum and steel wire, these cutters go where other cutters can’t. They feature a pair of handles, similar to what you’d see in a pair of pliers, along with a head that has a sharp cutting blade.

There are nine major types of pliers:

Also known as diagonal cutting pliers, diagonal cutters can cut through wire and remove pins, nails and other fasteners. The design of diagonal cutters gives you a different angle than you get with other types of cutters, making it easier to get into those hard-to-reach areas.

It’s also important that the nose of the cutters be narrow enough to squeeze into those spaces. You’ll find as you start shopping around for diagonal cutters that this can vary from one pair to another, making it easier to narrow them down to the one that best fits your needs. There are also end-cutting pliers, which are made to cut wires, nails and rivets.

In addition to snipping wires, diagonal cutters have a variety of other household uses. You may find you’re pulling them out of the toolbox far more often than you expect. They can be great for shearing through those tough-to-cut artificial flower stems, for instance — a task that scissors can’t easily handle.

There are harder wires that won’t be suited for diagonal cutters. Piano wire, for instance, is made from tempered steel and will cause your cutters to struggle. For those tasks, you’ll need a side cutter of higher quality.

If you’re using your diagonal cutters to cut through wire, you need to follow some safety precautions.

For best results while cutting, and to make sure you’re taking good care of your cutters, follow these tips: