We looked at the top Polo Tee-Shirts For Men and dug through the reviews from some of the most popular review sites. Through this analysis, we've determined the best Polo Tee-Shirt For Men you should buy.

Update as December 7, 2021:
Checkout The Best Polo T-Shirts For Men for a detailed review of all the top polo tee-shirts for men.


In our analysis, the Hanes Hanes Tagless 50+ UPF Protection Polo Tee-Shirts For Men placed 6th when we looked at the top 6 products in the category. For the full ranking, see below. An Overview On Polo Tee-Shirts For Men

Polo shirts have become a staple of the male wardrobe, although women wear them, too. They might be closely associated with playing the games of polo and golf, but you’ll find people wearing them in offices, restaurants and homes across the country.

At one time, polo shirts were made from a thicker fabric that absorbed and somewhat concealed sweat, but over the years, the design has evolved. You’ll find polo shirts in a variety of material types, including the lightweight moisture-wicking fabric often found in shirts worn for working out.

The difference between a polo shirt and a T-shirt is the collar, along with a placket that has three or more buttons under the collar. While there is such a thing as a collared T-shirt, they aren’t nearly as common as collars on polo shirts. Also, when a T-shirt has a collar, it’s generally not the same stiff, thick material found on a polo shirt.

A golf shirt might also bear the name tennis shirt or, more commonly, golf shirt. They’re typically designed to be neutral and come primarily in solid colors but sometimes come in patterns. You won’t always see polo shirts in bright, bold colors, but they are available.

Polo shirts’ neutral colors and muted designs mean they’re typically versatile enough to wear with either pants or jeans. You’ll typically see them worn with khaki pants rather than dress pants, and many professionals now sport the polo shirt-khaki pant combination as a business casual look for work, thanks to relaxed dress codes in many industries.

One well-recognized feature of a polo shirt is the embroidered logo on the chest. This is usually small in size and used to express branding. But it can also add an element of class to what’s widely considered a more casual garment. Some businesses have even begun embroidering their own logos on polo shirts and giving them to employees to wear for conferences and trade shows. 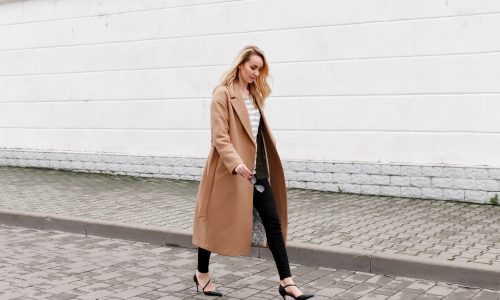