Skip to content
Don't Waste Your Money is supported by our readers. When you purchase an item through links on our site, we may earn an affiliate commission.
Product Reviews > Education >

We looked at the top 10 Acting Books and dug through the reviews from 27 of the most popular review sites including and more. The result is a ranking of the best Acting Books.

DWYM is focused on helping you make the best purchasing decision. Our team of experts spends hundreds of hours analyzing, testing, and researching products so you don't have to.Learn more.

Look for the DWYM seal for products that are the best in a category.

Our Picks For The Top Acting Books Experts Included
DWYM Education Experts plus Good Reads, Rio Rocket, Backstage. Along with user reviews from Amazon.
Pros
" This is my new favorite book on acting."

Cons
"Some Meisner technique critics argue that, while this nuance is excellent for playing contemporary characters, it can lead to flat performances in classical acting roles." The Power of the Actor

Experts Included
DWYM Education Experts plus Good Reads, Stage Milk, Biblio. Along with user reviews from Amazon and Walmart.
Pros
" By far the best book on acting I have ever read. Not everyone is a fan of her methods, but then again most things relating to the arts is highly debatable. But from the point of view of an actor,..." The Actor's Life: A Survival Guide

Inspirational GuidanceThis acting book shares lessons from someone who has been in your shoes.

Inspirational GuidanceThis acting book shares lessons from someone who has been in your shoes.

Experts Included
DWYM Education Experts plus Good Reads, Hannah’s Library, San Francisco Book Review, The Bookself Blog. Along with user reviews from Amazon.
Pros
" I was initially a little hesitant to pick up this book because I am not an actor, but I'm so glad that I did! I'm a fan of Jenna Fischer from her role as Pam Beesly in The Office, and..." For Beginners and ProfessionalsThis acting book has a lot of wisdom within just a few pages.

For Beginners and ProfessionalsThis acting book has a lot of wisdom within just a few pages.

Experts Included
DWYM Education Experts plus Good Reads, Backstage, Stage Milk. Along with user reviews from Amazon and Best Views Reviews.
Pros
" The "method" explained in understandable terms by a great acting teacher. She was my teacher and when I teach, I use this book as an important resource. If you are even considering being an actor, you should read this."

Why we recommend these acting books?

Don't just take for granted what one reviewer says. Along with our own experts, DWYM analyzes the top expert reviews of the leading products and generates a score you can actually trust.
17

We identified the majority of the acting books available to purchase.
10

We then selected the leading and most popular products for our team to review.

In addition to our expert reviews, we also incorporate feedback and analysis of some of the most respected sources including: Good Reads, Theatr Group, Kirkus Reviews, Martin Bentsen, Backstage.
20,011

We also incorporate user reviews from the leading retailers including

Our experts reviewed the top 10 Acting Books and also dug through the reviews from 27 of the most popular review sites including and more. The result is a ranking of the best of the best Acting Books.

DWYM is your trusted roduct review source. Our team reviews thousands of product reviews from the trusted top experts and combines them into one easy-to-understand score. Learn more.

Look for the DWYM seal for products that are the best in their category.

This acting book by renowned teacher Sanford Meisner follows one of his acting classes for 15 months. It shows how to grow technical mastery of the field by example. The book is essential for beginners and professional alike.

What other experts liked

This is my new favorite book on acting.
- Good Reads

Full review
This book is the bible for anyone studying the Meisner Method of acting but it brings energy, excitement and imagination that even non-actors will enjoy.
- Rio Rocket

Full review
One major benefit of the Meisner technique is its accessibility. Actors that lack a deep dramaturgical background will still be able to grasp the tenets of this method. Meisner actors also say that the technique allows them to be instinctive...
- Backstage

If I were to take Meisner’s class, I’m fairly certain I would be kicked out and never want to act again. He has an issue with introversion in actors. He’s all about getting the actor out of their head and...
- Good Reads

Full review
Some Meisner technique critics argue that, while this nuance is excellent for playing contemporary characters, it can lead to flat performances in classical acting roles.
- Backstage

2. Ivana Chubbuck The Power of the Actor What We Liked: This acting book by renowned teacher Sanford Meisner follows one of his acting classes for 15 months. It shows how to grow technical mastery of the field by example. The book is essential for beginners and professional alike.

Ivana Chubbuck The Power of the Actor

What We Liked: This acting book is for anyone who wants to master their craft. It is written by a renowned acting coach who has taught famous names such as Charlize Theron and Brad Pitt. The book has a 12-step process.

What We Liked: This acting book by Jenna Fischer shares lessons from her perspective. The book is witty and amusing but also has a lot of wisdom for up-and-coming actors. It’s full of technical information in addition to inspirational stories.

What We Liked: This acting book by renowned actor Uta Hagen is ideal for both beginners and professionals. It offers a behind-the-scenes look at an actor’s life in addition to details on how to master skills and techniques. The book also contains helpful exercises for actors.

What We Liked: This acting book is designed especially for kids and teens. It helps them to hone their craft and master their technique. The book covers auditioning, rehearsal, improvisation and so much more.

Many people dream of making it big as an actor – whether on the stage or screen – spending their lives perfecting their craft and amusing their audiences. Acting as a profession has many mystical qualities, and the possibility of achieving fame is enough to entice almost anyone. If you’re interested in acting as a profession and want to learn more about it, one of the best places to start is an acting book.

When it comes to variety, acting books run the gamut. You can find everything from biographies of famous actors to books about specific acting techniques and everything in between. Each acting book can help you in your own journey to becoming an actor, and it’s all about finding a book that’s right for you.

When searching for an acting book, consider what your goals are. For example, do you want to become a professional actor in Hollywood movies or do you aspire to be on the stage on Broadway? Would you just like to learn about what it’s like to be an actor from someone who has a career path you admire or do you want to hear from an acclaimed acting teacher? Are you interested in learning a specific acting technique, or do you want to learn more about the production aspects? Answering these questions for yourself will help you select the right acting book for you.

Acting as a profession goes back hundreds of years. One of the earliest known origins of the theater is in ancient Greece, where actors would sing hymns in honor of Dionysus, the god of wine, fertility and festivity. The actors would dress up wearing masks and costumes, but the performance was conducted as a chorus, with all actors working in unison. They were telling a story in the third person as opposed to being the characters in the story. it wasn’t until the sixth century BC that the actor emerged as we know them today, reciting lines as though they were the character themselves. The first known actor of this type was named Thepsis – which is where the term thespian for actors comes from.

The Acting Book Tips and Advice 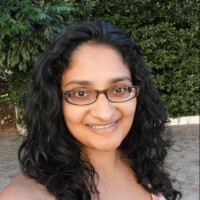 Anam Ahmed is a copywriter and essayist based in Toronto. She has been writing on technology, travel, parenting, and business for over 10 years, and works with a number of high-profile organizations. She values finding the best products to make people's lives easier. Anam earned an M.A. from the University of Toronto and a B.A.H. from Queen's University. Learn more at www.anamahmed.ca.

You May Also Enjoy Our Other Reviews

What is the DWYM Score?

DWYM simplifies the research process by aggregating the reviews of the top product review sites. The result is the DWYM Score which represents the overall true rating of a product based upon a 1-10 scale.

For the Acting Book category, we analyzed 27 of the most popular reviews including reviews from and more. The result is a ranking of the best Acting Books.